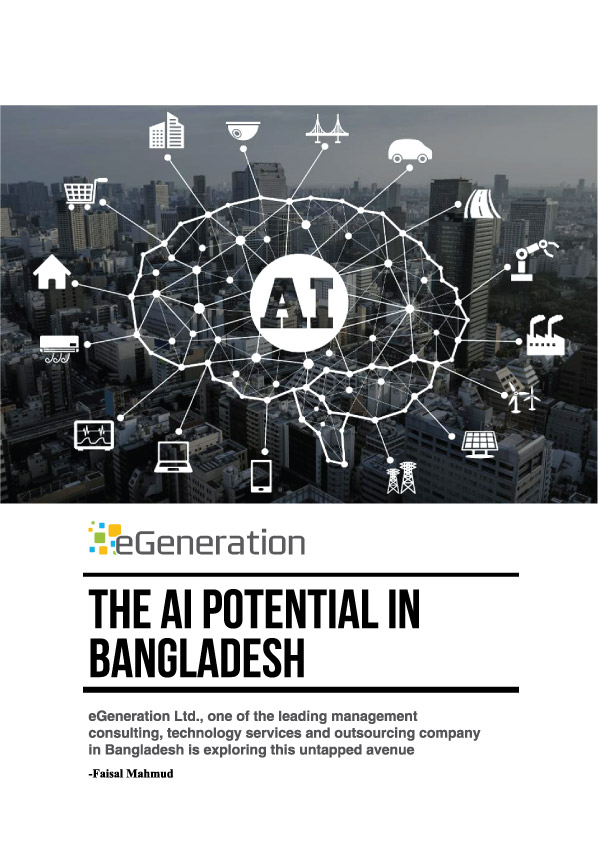 While to an average Dhaka resident, artificial intelligence seems like a loaded term that may conjure up images of a malicious Skynet system from the ‘Terminator’ movie franchise; the reality is not as ominous.

The fact is we have been inherently using AI in our day-to-day life for the last few years. The latest smartphone that we have in our pocket has lots of AI features but we barely know about it.

This sleepy presence of AI in our life is going to change as soon Dhaka will start using AI in different of its sectors including smart city management, traffic monitoring, healthcare system and many more.

This seems like unrealistic, given the current context of this city of 17 million, but experts believe that changing these sorry states of different service sectors is in fact the main underlying reason behind this planned adaptation of AI in the city.

A smarter solution to problems

There are very few companies in Bangladesh which have started working on developing AI based system and devices. eGeneration Ltd is one of such companies. Founded by Shamim Ahsan, former President of Bangladesh Association of Software and Information Services (BASIS), this company has been acting as a front-runner in introducing AI based system in Dhaka.

The keynote speakers portrayed the diverse opportunities of the AI technologies and the ways it can be put to use in different sectors, transform our lives for better, transform how teams work, increase the productivity of every department to name a few.

Speakig on the occasion, Shamim Ahsan said, AI technologies can be put to use in different sector. “From eGeneration, we are making a natural language processor (NLP) for Bangla that will integrate machine learning and AI.”

He said that this is just one of the preliminary works they have been conducting basing on AI. “The potential is endless. One of the largest areas for growth through artificial intelligence is smart city planning and smart infrastructure.” And cities like Dhaka in where large number of people live in a relatively small area may hold the key in determining just how AI fits into these areas, he said.

Shamim said smart cities are developed around its citizens’ needs. It allows the personalization of experiences by giving meaningful insights, reliably and accurately. Public safety will also be improved as AI systems can predict and take action during emergencies.

“For instance, once a traffic accident is detected the automated response management system takes over and communicates to the relevant authorities to take further action. Furthermore, AI systems that are built taking into consideration citizens’ perspectives and participation can not only help in making a more cohesive environment but also assist citizens in making smarter choices.”

Shamim however said, “This still seems like a dream to us but things like this are already being implemented in different cities in the West. We need to train people in new AI-related skills which is currently absent in our university curriculums.”

He said that eGeneration Ltd is consulting Bangladeshi expatriate who are working in the Silicon Valley in other IT companies in North America to find cost effective and implementable AI based solutions in Dhaka.

The BASIS President Mustafa Jabbar said, “While AI is still a nascent subject to most in Bangladesh, many countries including China have begun investments in the area to strengthen research in it. BASIS plans to implement it at the policy level and with the support from Government, will initiate projects that can utilize our local expertise in form of the BASIS members.”

SM Ashraful Islam said, “The market opportunity for AI in Bangladesh is enormous. The benefits of AI for public health, agriculture, traffic management, national security, manufacturing and service industries pose a lot of opportunities for us that we must explore. Collaboration between government, academia and industry is needed to prepare for adoption of AI in Bangladesh like what we have seen in Israel. Israel is successful because there’s collaboration.”

The important insights that came out from the discussion were very prophesying, as Artificial intelligence has become a core ingredient in many of the tools, apps, gadgets, and services that we all use each day to make life easier. In addition, it is transforming how we do businesses too. Recent AI research from Forrester shows that 58% of businesses have considered AI technologies, but only 12% are actually using these systems, leaving a huge opportunity for early adopters to pull ahead of their competitors.

Road Monitoring to curb the accident 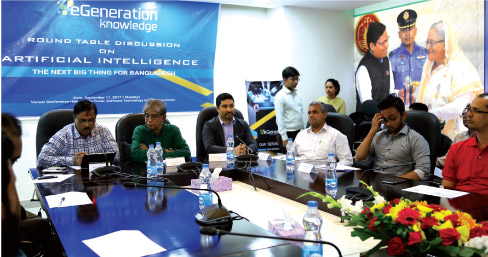 Meanwhile, Shehzad Noor Taus, a young Bangladeshi engineer from in the Deep Learning division of world renowned NVIDIA has already been working with eGeneration Ltd to figure out the possible solutions designed with AI for Dhaka.

Taus who recently visited Dhaka and attended the seminar on the potential of AI in Dhaka organized by the eGeneration Ltd. He said, one of the practical and implementable AI based solutions for Dhaka as well as Bangladesh would be AI based road monitoring system.

AI addresses the issue of safety in different manners. “Intelligent system can address the issue through the advanced driver assistance system (ADAS). There are solutions such as driver drowsiness detection wherein the artificial intelligence tool detects whether the driver is falling asleep during his drive, and will he be able to alert the driver to take a stop to rest, he said.

Taus said drivers having to adjust their speed to desired levels to accommodate other road user needs. Another technology called Dynamic Speed Adaptation (DSA) technology offers remote speed advice to drivers about appropriate speeds in particular stretches of roadway and trials of it have already been conducted in Sweden and the Netherlands.

“We have seen that cameras of every kind are already proliferating at an incredible rate to measure speeds over long distances. CCTV cameras may be installed on all traffic signals where they may read number plates of the vehicles and instantly compare them to a National Database. This means that illegal vehicles can be intercepted to bring criminals to a speedy justice,” he said.

The young Bangladesh engineer said there is a lot of interest in autonomous driving, with significant investments announced by companies and governments in this area. “But we are several years away from full autonomy and we need to invest now in our drivers to improve road safety.”

Fortunately, he said, much of the technology and learning from the area of autonomous driving can be transferred to improve the manned vehicle experience. High-definition cameras and onboard sensors are used to capture the environment around the driver and the vehicle.

This information is analyzed in real time using powerful integrated processors and Deep Learning algorithms. Any unsafe event or incidents of concern that are detected and analyzed are sent to the monitoring center along with the relevant video and sensor information.

He said that these solutions help the monitoring center monitor the vehicles closely and react in real time reducing the possibility of risky driving. ■