The products of Grameen Intel Social Business Ltd. (GISB) are something that you don’t find on the shelf of a traditional tech company.

After all, GISB- the first social business information technology company of the company of the country formed under a joint collaboration between Intel Corporation and Grameen Trust is no ordinary company.

It is one of the very few companies in the world that provides IT solutions for rural entrepreneurs who in turn provide a service using computing technology in their local communities.

One of their latest products-‘Coel’ even outperformed GISB’s own reputation of being one among very few. Coel is a smart wearable in the form of bangle (known as bala in Bangladsh) that could warn a pregnant woman about health hazards, inform her about the foetus, and remind her to take her medicines on time.

Fintech recently went to GISB’s Dhaka office and talked with Pavel Hoq, the chief operating officer (COO) of GISB about this unique product.

FINTECH: The idea of a smart bangle is very unique? How did it sprung up? 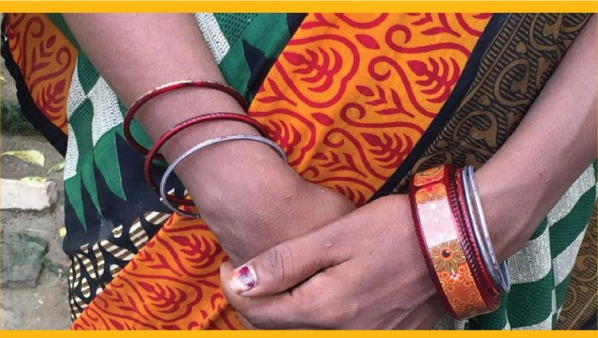 Pavel Hoq: Today internet of things (IoT) is one of the most discussed issues of the time and our any types of wearable basically falls under the category of IoT. The wearable are increasingly becoming popular now because of several reasons. Unfortunately, In Bangladesh, its popularity still remains confined within the urban landscape. Little effort or concentration was given in developing wearable device for the people who lies at the bottom of the social pyramid. So we-as a social business One unique aspect of the product is that the research and development (R&d) and product design-all of these are done in Bangladesh. Since the formation of the company in 2010, we have mostly been working on software products. At the beginning of 2014, we started discussing about whether we would start doing some R&D works in our Dhaka office. Then the idea of working with devices popped in. There were challenges of course. In Bangladesh, you can conduct R&D, you can also develop product prototype but when it comes to commercial hardware production, Bangladesh seriously lacks in this field.

So, at first, we were not sure whether we will be able to do it or not. However, as we had enough Intel engineers with whom we could work whenever needed, we indulge in venturing that new avenue. So it was decided that we would conduct R&D and whenever we would face difficulty, we would collaborate with the Intel engineers.

FINTECH: Which area GISB wanted to address when the decided to conduct R&D?

Pavel Hoq: We wanted to focus on maternal healthcare. In Bangladesh, very few tech initiatives had been taken to address that issue. In Bangladesh, about 800 women die (WHO data) on a daily basis across the world from preventable causes related to pregnancy and childbirth. Many women in the developing countries live in remote and rural areas which make it challenging for them to access health facilities and midwives. Moreover, these women bear no knowledge about the importance of seeking medical advice from doctors during their pregnancy. As a result, pregnant women often find it difficult to get medical support to improve their chances of a having a safe pregnancy and healthy baby.

Aside from delivering message, the bangle will also detect the level of indoor air pollution which largely occurs due to cooking and heating. It contributes to around 4.3 million deaths (WHO data) every year. Babies can suffer low birth weight and other serious health complications from the effects of breathing indoor cooking fumes.

So, from that intention, the idea of developing Coel came to our mind. We thought of developing a wearable which would become a constant companion for a pregnant woman. We wanted to design that wearable in such manner that it would deliver pregnant mother the necessary information in interval within a certain time period. Later, we planned to design the wearable in the form of bangle as women in Bangladesh love to wear Bangles.

The idea was that if we develop it in the form of bangle which doesn’t need any charging, then the woman will wear it all the time.

FINTECH: What factors were considered when the design of the bangle was made?

Pavel Hoq: For designing such wearable, we needed to get all competing functionalities in the form of a bangle while not compromising the aesthetic beauty of it. One particularly tough challenge was how they get the bangle designed and developed in such a way to let air in for understanding indoor air pollution but keeping water, dirt and dust out in tough environments.

To overcome that challenge, the design team used a special type of sensor inside the bangle. Besides the sensor, inside the aesthetically pleasant bangle made of water resistant sturdy plastic with different engrained designs, there is a dedicated microprocessor which can process pre-programmed instructions and one speaker which can deliver programmed messages.

On the hands of a pregnant woman inside the kitchen or anywhere else when Coel’s sensor detects carbon monoxide is at a harmful level, a red LED flashes as an alert for the wearer. The bangle also produces a voice warning customized to the wearer’s language, to open windows, and doors or to go outside or a place with fresh air to avoid the harmful impact of carbon monoxide gas.

First, to have the non-chargeable feature, the design team of GISB used solar panels but that bangles became very heavy and aesthetically not that pleasant. Besides, usage of solar panel made that bangle very costly. We were always concerned about the pricing while working in this project. We knew that if we want it to work in the village areas, we would have to keep the price at a minimum level. With solar panel that would have not been possible. So, in the new changed design, the team of GISB used a battery as power source which could last the whole ten months of the pregnancy period.

FINTECH: What messages does the bangle deliver?

Pavel Hoq: The bangle can be programmed to “talk” about 80 pregnancy related wellness messages. The device does not require internet connectivity to function. We know it is crucial that a pregnant woman gets the right information at the right time making Coel the right device for meeting such advisory needs. The device can be set according to the pregnancy dates and based on the dates, Coel will provide the pregnancy related messages (information and instruction) for 10 months at roughly two messages each week.

The messages, which Coel provides, have been jointly developed by Mobile Alliance for Maternal Action (MAMA) through a partnership between USAID, Johnson & Johnson, UN Foundation, the mHealth Alliance and BabyCenter. Grameen Intel Social Business Ltd. (GISB) has encoded the translated Bangla MAMA message in this smart bangle. Cumulatively, these messages are being used by more than 160 organizations in more than 54 countries around the world.